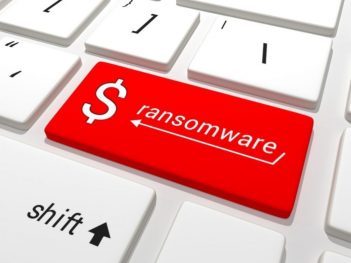 The modern age of ransomware started with CryptoLocker in 2013. In the intervening years attackers have become increasingly sophisticated and business-minded. Here’s what you need to know now.

Ransomware is a form of malicious software (or malware) that, once it’s taken over your computer, threatens you with harm, usually by denying you access to your data. The attacker demands a ransom from the victim, promising — not always truthfully — to restore access to the data upon payment.

Users are shown instructions for how to pay a fee to get the decryption key. The costs can range from a few hundred dollars to thousands, payable to cybercriminals in Bitcoin.

There are a number of vectors ransomware can take to access a computer. One of the most common delivery systems is phishing spam — attachments that come to the victim in an email, masquerading as a file they should trust. Once they’re downloaded and opened, they can take over the victim’s computer, especially if they have built-in social engineering tools that trick users into allowing administrative access. Some other, more aggressive forms of ransomware, like NotPetya, exploit security holes to infect computers without needing to trick users.

[ Read our blue team’s guide for ransomware prevention, protection and recovery. | Get the latest from CSO by signing up for our newsletters. ]

There are several things the malware might do once it’s taken over the victim’s computer, but by far the most common action is to encrypt some or all of the user’s files. If you want the technical details, the Infosec Institute has a great in-depth look at how several flavors of ransomware encrypt files. But the most important thing to know is that at the end of the process, the files cannot be decrypted without a mathematical key known only by the attacker. The user is presented with a message explaining that their files are now are now inaccessible and will only be decrypted if the victim sends an untraceable Bitcoin payment to the attacker.

In some forms of malware, the attacker might claim to be a law enforcement agency shutting down the victim’s computer due to the presence of pornography or pirated software on it, and demanding the payment of a “fine,” perhaps to make victims less likely to report the attack to authorities. But most attacks don’t bother with this pretense. There is also a variation, called leakware or doxware,in which the attacker threatens to publicize sensitive data on the victim’s hard drive unless a ransom is paid. But because finding and extracting such information is a very tricky proposition for attackers, encryption ransomware is by far the most common type.

Who is a target for ransomware?

There are several different ways attackers choose the organizations they target with ransomware. Sometimes it’s a matter of opportunity: for instance, attackers might target universities because they tend to have smaller security teams and a disparate user base that does a lot of file sharing, making it easier to penetrate their defenses.

On the other hand, some organizations are tempting targets because they seem more likely to pay a ransom quickly. For instance, government agencies or medical facilities often need immediate access to their files. Law firms and other organizations with sensitive data may be willing to pay to keep news of a compromise quiet — and these organizations may be uniquely sensitive to leakware attacks.

But don’t feel like you’re safe if you don’t fit these categories: as we noted, some ransomware spreads automatically and indiscriminately across the internet.

How to prevent ransomware

There are a number of defensive steps you can take to prevent ransomware infection. These steps are a of course good security practices in general, so following them improves your defenses from all sorts of attacks:

HOW DOES FUSION SPLICING WORK?

Posted February 28, 2018 by craigc_admin & filed under Fiber Optic Info. Fiber optic splicing is a technique that is used…